We Have Met the Enemy…… 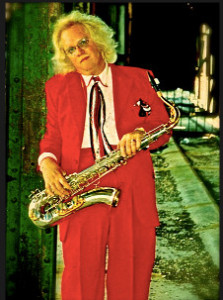 We have met the enemy, and he is us…….take a good look at the player sitting next to you on your next gig…..he (or she) may well be the reason gigs are scarce and pay is low.

I used to participate in a discussion group on Facebook until I realized that most (but not all, just most) of the members were just not the professional musicians they held themselves out to be. They believe, among other things that you should take gigs at below starvation wages for the sake of “the art” of jazz. Are you kidding me!?! A lot of people are out there trying to earn a living and feed themselves and their families, and these guys whore down the price. Seriously, folks, if you want to work for nothing or next to nothing, don’t go out and take work from people trying to earn a living….just play in your living room. The same goes for guys who go out and play at “open mic” nights……last time I looked, whiskey was usually being sold and the club owner was lucky enough to not have to pay for a band that night…..I suggest you make it a personal policy not to work with people who do this sort of thing, because they’re keeping the price musicians are paid down.

I got roundly criticized by this group of what I would consider to be mostly hobby players for suggesting that they inject a little show business into their act….it was pointed out to me in short order that jazz artists didn’t do that…..they didn’t tell me whether or not hobby players doing very low pay gigs did that, but I’ll assume not….I always thought that if what you were doing wasn’t working, you should try something different, but then that’s just me…….

One of the members pointed out that it is a problem to get hired since the club managers are usually young college graduates in their 20’s……uh, been to many night clubs lately? Who’s there in the audience?

I guess my main problem with this group is that they live in the past. If it happened after 1960, or was made after 1960, they’re just not too interested. Nostalgia is all well and good, of course, but there’s a lot of good music and products that have come on the scene in the last 60 years.

I guess my point is this: this type of thinking is hurting our business, and we need to shun individuals who look and think like this. There’s never been so much competition for the entertainment dollar, and working musicians need to stay on top of trends and audience desire or before long there just won’t be much work for musicians, and what there is won’t pay much.

I guess I fault these guys for being so negative and not changing with the times. They’ve got a little circle jerk going, and they pay homage to the players of the past, and they talk incessantly about “their art” and they bellyache and bellyache about how little work there is and how low the pay is. I would submit that if there was an audience for what they’re playing, people would be lining up to pay top dollar to hear it. They’re not, and when these guys go out and play a live music venue of any form or fashion for $30 or so, they’re telling employers what live music is and what it’s worth. I have a problem with that.