When I set out to prepare a reference guide for pricing vintage horns, I did so with the clear understanding that it’s not a perfect world, and that the preparation of a perfect value guide would be impossible. I have based my research on actual selling prices by recognized dealers. I did not consider auction sales (such as E-Bay); private sales between individuals who are not regular dealers; pawn shop or other irregular sources, or any anecdotal stories. I have only addressed instruments for which there is a regular and established market, so not every model is included. I am well aware that some will question my figures and criticize my findings. I would encourage those critics to do their own research and publish their own findings.

I have based my valuations upon the following assumptions: (1) the instrument is in perfect playing condition and needs nothing in terms of repair (2) the finish is original and completely intact (3) the original case is intact (4) the instrument has not been altered or modified from its original condition, having the correct style pads, springs, no neck pickups etc. Deduct for needed repairs and/or restoration to original condition. Relacquers are generally worth 25% less than 100% originals. 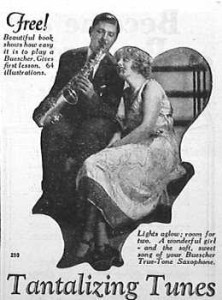 SUPER DYNACTION
This is the first Buffet horn you’re likely to see. Very dark tone, great workmanship. Some examples have screw in resonators. Later ones have sculpted low Eb/C keys like the legendary S-1. These treasures should be priced like Selmers from the same era, but they’re not. Lucky you!

S-1
If there was ever a near perfect design, I think this it. The Eb/C mechanism is genius; the articulated low C#/Bb mechanism should be on all horns. The soprano models usually have keywork to high G, and have “conventional” palm key layout. These horns are bargains. The baritones are extremely rare and fabulous! 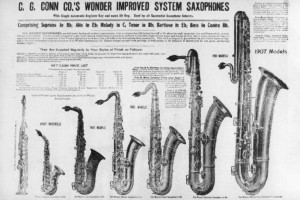 From 1965 until 1988, these fine German horns (manufactured by J. Keilworth) were distributed at various times by W. T. Armstrong and Conn. They have quite a cult following today, and with good reason. The Superba I has rolled tone holes, the Superba II does not. I’ve never seen them in anything but lacquer.

Before the current model lineup evolved, Keilworth imported some nice horns stamped “The New King” with rolled tone holes and plastic key guards (must be intact) that have a small following. Mostly in lacquer, add 10% for silver.

Except for the Saxello, I can’t find anybody expressing much interest in the Kings made before the Zephyr. I find their intonation to be sketchy at best. The engraving is beautiful, but they just don’t play very well. The Zephyr is a killer! The Zephyr Special had a solid silver neck and mother of pearl key touches. I understand there were a few made with sterling silver bells. After the mid 1950’s, the Zephyr became an intermediate model, so deduct 30%. The Zephyr baritone remained essentially unchanged throughout the production run and sound great. Most of the Zephyr series was in lacquer, add 15% for silver. 20% for gold. Around number 272XXX, the Super 20 was introduced. The first examples had mother of pearl key touches; sunburst engraving on the bell keys; socket necks; and optional sterling silver necks (add 15%) and sterling silver bells (add 30%). Around 430XXX, the Super 20 was cheapened considerably: the neck changed to a conventional style; the bell key engraving eventually went away; the mother of pearl inlay was long since gone. Deduct 25% for horns after this number. There are a few examples with gold inlay on the silver bell (add 15%), a few rare silver plated horns (I own one, add 20%); and a very few gold plated ones (add 25%). There are, of course, a very few Super 20 baritones, some with silver necks (add 15%) and I have seen one with a silver bell. I think the Kings have strong upside appreciation potential.

These horns are under appreciated . They are undervalued. Play one in good adjustment and you’ll see what I mean. I’ve used a The Martin baritone for years. They are the best of the vintage baritones. All of the Martin horns have a sweet sound, and a very lush lower end. The horns from 1933 (Handcraft Committee) through the early 60’s (the Magna) can hold their own with anything ever made. There are lots of variations on the Martin theme, and below are the ones that I think you should consider. The early ones are mostly seen in silver, add 15% for gold plate. From the Committee on, they are almost always lacquer. Add 15% for silver, 25% for gold. .I’ve seen a couple of Committee models with sterling silver necks. Add 15% for this feature.

The name alone inspires reverence. It’s generally agreed that Selmer made some of the very best horns of all time. Some models certainly command the highest prices. Selmer has the only legitimate claim to be the direct successor of Adolphe Sax. I believe that the models before the Balanced Action are overpriced. You can buy two wonderful old Conns for what some people are asking for Selmers of the same era. I have found that most of the action in pre-Balanced Action horns is just talk. There seem to be very few people (outside of a few collectors) buying these horns.

RADIO IMPROVED 18701 – 21750
This is essentially a renamed Super with different engraving. I’ve seen a couple of people pay some really stupid prices for these. They do play rather nicely, and you sometimes see them in silver (add 20%) and I’ve heard there were some gold ones.

BALANCED ACTION 21751 – 35800
There is a very good reason that demand (and prices) for these horns is so high: although not without their quirks, these are wonderful instruments. The later examples have better intonation in the upper end than the earlier examples. They are often beautifully engraved. Silver examples bring about a 20% premium; gold plate about 30% more.

SUPER BALANCED ACTION 35801- 53200
Almost perfection ! Better feel and intonation than the Balanced.. The engraving is usually not too elaborate.
Alto $4600
Tenor $5500
Baritone $6500 There are a few low A baritones.
I have a customer who owns one

Of course, this is The Big Daddy Rabbit With the Fuzzy Tongue. Nothing else is quite like it. Longest production run in Selmer history. Lots of minor variations along the line: necks; engraving; side key attachment etc., but even the worst of them is not bad. I’ve always thought that horns without the optional high F# key played a little better. There seems to be more demand for the “five digit” horns, and some snobs reject the higher numbered examples. More than with any other model, condition is everything. Silver plate commands a 20% premium; gold a 30% premium. It’s important that the serial numbers on the neck match the body. Sopranino, soprano, baritone, and bass Mk VI’s were made until the introduction of the Super 80 series. Horns made for the European market are often unengraved, and lacquered examples may have silver plated keywork.

The Mark VI was an impossible act to follow. The VII was rejected by the Selmer faithful. I think the ones below around 275000 are good horns, and that you should be careful above that number. Silver plated ones bring 20% more, I’ve never seen a gold plated one. Engraving is uncommon above 275000. These horns can be a real bargain when you find a good one!

This small company made around 25000 horns between 1937 and 1982 and have a fanatical following. I’m one of those fanatics. They’re great! There are many variations, but later examples tend to have rolled tone holes, adjusting screws for the stack keys, beautiful engraving, and a sound that’s hard to beat. You see them in lacquer, silver (add 15%), gold (add 20%) and I’ve seen one nickel plated alto.